Why Whitney Houston’s Estate Is So Troubled

As you already know, the world has lost one of it’s greatest talents, Whitney Houston. What you probably don’t know however is that she botched her estate plan. 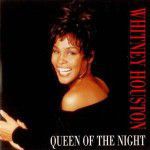 Whitney Houston’s will was recently filed in the Atlanta Probate Court. Her will reveals her entire estate plan. This is a major mistake, especially for someone as wealthy and famous as Whitney.

Wills go through a process of court supervision called probate. If Whitney had chosen to have a trust as the centerpiece of her estate plan, she would have been able to escape the prying eyes of the public.

Whitney’s will (originally drafted in 1993 and amended in 2000) left everything to her daughter, Bobbi Kristina, through a provision in the will generally referred to as a “springing” trust. After the court has processed all of Whitney’s assets and debts, the remaining balance of her estate will be funded into a trust that will spring from the provisions of the will.

This could have been accomplished without court interference through a revocable trust and most likely for a lot less money. For example, on average, trust administration in California is 1/5 the cost of going through the probate process.

On the front end, this type of trust protects the beneficiary from themself. We can all relate to the 18 year old that wins the lottery or inherits a big pot of money and within 48 hours they are at the Porsche dealership. Bobbi Kristina does have some protection, albeit limited. She will receive a portion of the estate in 2 years when she turns 21, another lump sum at 25 and the balance at 30. Even at 21, she might burn through the money or could even harm herself with it.

On the back end, she really has limited protection from future creditors because of the demand rights at 21, 25 and 30. At those ages, what ever money she is entitled to, a creditor will be entitled to as well.

A better way to have structured the estate is through a lifetime asset protection trust where Bobbi Kristina had no demand right to the money in the trust and an independent third party trustee had been nominated in the document. She also could have let her daughter act as sole trustee of that trust when she turns 30 or 35 (really at any age Whitney felt most comfortable with). Then if something later went sideways (divorce, creditor problems, or lawsuits to name a few), Bobbi Kristina simply would need to resign as trustee and appoint an independent third party trustee that she trusted and the asset protection could kick in.

With properly drafted trust provisions, an independent third party trustee has complete “discretion” to turn off the tap to the trust and also to turn it back on and make distribution to or for the benefit of the beneficiary.

And by the way, this technique is not brand new. Certain attorneys across the country have been using it for the last 10-15 years and it could have been included in her will codicil in 2000, but it wasn’t.

To learn more about lifetime continuing trusts, go to http://www.geigerlawoffice.net/contact and type “Lifetime Asset Protection Trust Article” in the subject line and we will forward you an article I wrote on this topic.