Steve Sexton shares with us the three lessons that he learned through his very own personal fight with Colon Cancer, his Determination to survive and that it is OK to be a wimp! 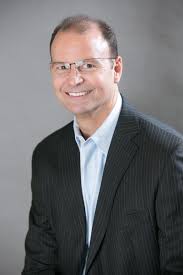 I was one of 5 children growing up in the 60’s, 70’s and early 80’s in Orange County California. Our family played a lot of sports. From the age of 5, my time was spent in school, at church or playing sports. When playing sports, everyone I played with was two or three years older than I was and because of that I got bumped around a lot. When I got hurt, the older guys would say “It’s a little hurt, throw some dirt on it and let’s get going.” I was very competitive and wanted to keep playing with the older guys so I did just that, “I put some dirt on it and kept going”. Me doing whatever it takes, my competitiveness and willingness to play hurt and working while I was sick served me well in sports and in my business career. After developing business internationally, I wanted to sleep in my own bed every night.  So, I moved back to the U.S. I continued my business career with AAA and then developed my own financial advisory business, The Sexton Advisory Group. I married my trophy wife, Lora. Together we have two wonderful children, Connor and Paige.

About 10 years ago I started having some stomach problems. After about a week without going to the bathroom I finally went to a local urgent care. The urgent care doctor ordered a test to determine if I had ulcers. When I hadn’t slept for two or more days and I was unable to go to the bathroom, my wife then took me to see her doctor. Her doctor thought since I was in such good shape that it might be an irregular appendicitis. My wife had to verbally berate her doctor to actually order a CT scan. The CT scan indicated that I had a blockage. We were sent to our local hospital emergency room. After a 4-hour wait, the doctor reviewed the scan, ordered an enema and nothing came out. The doctor then had me drink a fluid that was supposed to help clean me out, gave us another bottle and just simply sent me home.  Then next morning when nothing occurred, we called the hospital. The nurse told us that the doctor instructed me to drink the second bottle of fluid. Since we were not getting the results or answers we needed my wife called her Mom’s diverticulitis doctor. The physician’s assistant told her that the previous doctor should of had me admitted and that I should get down to Scripps Hospital emergency room as soon as possible.  Within 15 minutes of arriving at Scripps they had me through triage and ER doctor was examining me. The old CT was not clear enough so we had to get another CT scan. By the time I was getting back to exam room the ER doctor and his associate were hustling down the hall. The associate turned out to be the Dr. Fred Simon, Director of Trauma Surgery. He told me that I had a tumor and it needed to come out. He then indicated that he had an opening right then.

I found out later that what was to be an hour and a half colon resection turned into a 6-hour long surgery. This was due to 13 liters of fluid that had backed up behind the tumor. The surgeon had to hand pump the fluid out before doing the colon resection. When I woke up, I had a big bandage from my sternum to the bottom of my belly button, two IV’s working to get my kidneys going and nurses checking on me every few minutes. My wife said, I looked like the Michelin Man. When Doctor Simon came into to tell me I had colon cancer, I wasn’t concerned about having cancer. I just asked him “Ok, what do I need to do?” He told me to rest and recover then an Oncologist would be in to meet me before I left the hospital. The next day, Dr. Simon told me that if I got up, moved around and even walked a little, it would increase the speed of healing. I started to walk with my IV stands in tow. The first time was with no robe; not a good idea to have your rear end hanging out. Each day I walked around the small hallway a good 20 laps three times a day. At the end of the week, I was released. I met with my Oncologist, Dr. Wallach. I asked him if this cancer was genetic or because of my travels overseas? Dr. Wallach said, ”No, you just got it.” Approximately 30 days after my surgery I had a port catheter implanted and started Chemotherapy. You know Chemo is going to be fun when one of the main Chemo medications is called 5FU.  I had four hours of anti-side effect medication, 4 hours of one chemo medication, then 36 hours of another chemo medication with 8 days off then had start it all over again for 6 months.  I received shots for low white blood cell counts and low vitamin D. I was not able to have a cold drink without my throat seizing up or my fingertips feeling frozen. You just get through it the best that you can. I remember my last day of chemo. The Oncologist staff came into the room, I rang a bell, had a glass of sparking apple cider to signify that I was now finished with chemo. It was kind of a surreal moment. I was like “Hey, great I survived!” It wasn’t until the following week that it actually hit me. We took a driving trip with the kids up to San Francisco. We stayed on the Wharf right next to trolley station. We had hot chocolate for the kids every morning from the Buena Vista, went on Trolley rides, and even toured San Francisco on an old fire engine. After completing our activities for the day, we walked into a restaurant to have a snack and a drink. I don’t remember what we ate or drink. I just remember we started talking; Connor said something funny, then Paige then Lora followed. We were laughing so hard that people at other tables started laughing at us. At that moment, I realized it was my family that survived.

Upon one of my follow up visits with Dr. Simon I learned a big lesson. He told me that guys like you are the worst. I’m thinking, why? What did I do? He went on to explain. When you arrived at the hospital you were septic, in shock, your stomach was fully distended and you had 13 liters of fluid, backed up behind a tumor. You were about 3 hours away from renal failure. The amount of pain and pressure your body was taking was tremendous. Most people pass out and are rolled in on a stretcher. We were surprised you even walked in. In fact, if it you weren’t so physically fit you probably wouldn’t have made it.  Post-surgery you requested the least amount of morphine I have ever seen in my medical career. When I told you to walk the halls, most people walk around the halls a couple times but you turned it in to a track meet. My response was, “Hey, you have to suck it up and get going.” He said that’s the problem. You have been taught all your life to take responsibility, fix it and move on. Does the phrase “Put a little dirt on it” mean anything to you? He said, “Look, stomach aches shouldn’t last a couple of months. I’ll bet you were probably having some sort of discomfort off and on long before you met me. Steve, you must learn to listen to your body and be a wimp sometimes, it will save your life. When a physical issue persists get in and see your doctor now, not when you have time.”  He said, “Steve, when people face mortality in the very near future they ask me to help them get more time; a week, a month, 6 months a year or more so they can be with, talk with and experience more life with the ones they love.” Being a wimp and going in to see a doctor and getting a test, might cost you a few dollars but it could give you 5, 10 or 20 more years to be with, talk with, experience life with the ones you love. So, it’s O.K. to be a “Wussy!” My first lesson.

Lesson number 2: Medicine is a business. Like all Business there are good ones and not so good ones. The first urgent care doctor I went to see, sent me in for ulcer tests, One thing I didn’t tell you was I was throwing up brown stuff at her office. It turns out the first CT scan I took only showed a blockage. The emergency room doctor only took 15 to 20 seconds to order an enema then made me drink same concoction given to people whom are preparing for a colonoscopy and sending me home with another to drink. I come to find out later the first hospital I went to was one of the lowest ranked hospitals in the California for quality of care.

Lesson Number 3: Have a continuity plan…. Waking up in the hospital, meeting people going through chemotherapy, sharing their stories, finding out the person next to you is doing chemo because he or she just wants to a have a few more months with the ones they love, hoping they have enough time to put things in place before they walk out on life was a game changer for me. I realized even though I provide financial advice, I had no continuity plan for the day I could not take care of my family. If I had passed away, besides not being in the picture, my wife would have had to deal with a financial mess. So, I set out to find experts that will help ask questions for clients and friends that they wouldn’t think of or even know to ask. The moral of this lesson is to make sure you have not only an Estate Plan but a financial plan in place that you and your spouse both understand how to implement. Don’t leave the ones you love with a mess!

1 Comments
Steve, thank you for sharing your very personal experience and lessons!
by Tana Cleaves December 29, 2016 at 11:48 AM
Post a Comment