Protecting Your Wealth with a Domestic Asset Protection Trust 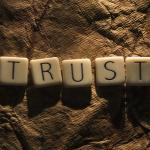 Just what is a Domestic Asset Protection Trust, or what is more commonly referred to as a DAPT? It’s a type of irrevocable trust that is self-settled and acts like a spendthrift trust which doesn’t allow for the appointment of the trust assets to your creditors and permits you to be a beneficiary. In more plain English, it’s a trust you can set up in certain states to protect assets from your future creditors and lawsuits against you.

There are presently 13 states (14 if you include Colorado’s limited state statute) that allow for self-settled Domestic Asset Protection Trusts. California is not one of them. However, that doesn’t mean that you can’t set one up in another state that allows them such as Nevada, Delaware, South Dakota, or Alaska, just to name a few.

Although this asset protection device has been around for a decade and a half, it has yet to be rung up the Court system except in the case of a bankruptcy. Most cases settle out of court for some lesser negotiated amount due to the expense in litigating to get to the assets. Other than in the case of a bankruptcy, DAPTs have proven to be quite effective bargaining chips for settling debts for a lesser amount and protecting assets from the reach of creditors and lawsuits.

There are various state statutes for DAPTs across the country that govern how the trust needs to set up and how and from whom the assets can be protected. Most DAPT state statutes allow the DAPT to be a “Grantor” trust. This means among other things that the Grantor of the trust can pay the income tax on the income that the trust generates. Many types of assets can be transferred to a DAPT including cash, securities, real estate, and business interests, just to name a few.

So just who is a good candidate for this type of planning? Liability concerns doctors, lawyers, high risk professionals, and other people of high net-worth. The best protection is to set this structure up far in advance of any creditor problem. This is because each state has a statutory waiting period until the assets are protected. You also don’t want to get caught in the snare of a fraudulent transfer. A court could consider the transfer to a DAPT fraudulent if you transferred property to the trust after the threat of a creditor action or lawsuit has arisen. Each state has its own statutory waiting period from the date the asset is transferred to the DAPT and when the asset is protected from a creditor’s claim. For example, Nevada’s statutory waiting period is two years.

Today there is a definite increase in liability exposure. We live in a victim mentality world where the revelation that someone has deep pockets can spur on a lawsuit or a threat of one. The plaintiffs’ attorneys are partly to blame in this regard as well with their TV commercials making it appear to be the norm to sue sue sue! Many professionals are fearful of malpractice lawsuits today because of the notoriety of malpractice and errors and omissions legal actions. For instance, in 2006, there were over 633,000 malpractice claims against physicians and surgeons alone! This was reported by the Physician Insurers Association, 2007 Report.

Even though just implementing a Domestic Asset Protection Trust would stifle most plaintiffs, there are additional asset protection strategies that can be utilized to significantly increase your asset protection if used in conjunction with the DAPT. By adding one or more Limited Liability Companies (LLCs) to the mix, you can limit a creditor’s remedy to a “charging order” in some jurisdictions. A charging order, as discussed in Chapter 9, limits the creditor to the LLC member’s share of distributions and doesn’t confer any voting or management rights to the creditor in the LLC. This charging order protection offers an additional barrier when it is combined with the DAPT in a well-crafted asset protection plan.

If you are concerned about protecting your assets from future creditors and predators, contact us at (760) 448-2220 or email [email protected] to schedule a meeting.

1 Comments
Hi, I really appreciate your write to make people aware about the importance of domestic asset protection for wealth.
by Thomas E Greene June 20, 2017 at 12:52 PM
Post a Comment