Prince Estate Gearing Up For a Court Battle Between Prospective Heirs?

Prince died of an accidental drug overdose in April this year while living in Minnesota. To date, no will has been found to have been executed by Prince, who was born Prince Rogers Nelson. Because of the lack of an estate plan, because he has no known children (he had a miscarried child and a child that died shortly after birth) and because his parents are deceased, it is unclear who will inherit his over $300,000,000 estate. Of late, there have been appearances by nearly two dozen attorneys claiming to represent natural heirs of the Prince estate (biological children of Prince). If no biological children are identified, Prince's sister and five half-siblings stand to inherit the entire estate. 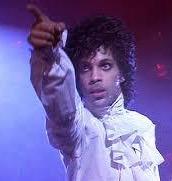 It appears that the probate judge handling Prince's estate is in no rush to determine who will inherit the late singer's estate. In late June, Minnesota Judge Kevin Eide issued an order that attorneys had until July 8 to submit their written positions on the DNA testing protocols and how it related to Minnesota probate and parentage laws. This case is gearing up to be a long one. You may be wondering how someone so famous, wealthy and private could have omitted setting up his estate plan. Now his estate and any secrets it contained will be open for public display like a three ring circus and is at the mercy of the court and the attorneys. It could be that Prince had an unknown biological child. Only time will tell.