What happens to my airline miles if I die? 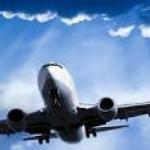 I was recently asked by a client “what happens to my airline miles if I die?” Typically, this is not the sort of asset that you would transfer to a trust. The benefits are usually specific to the individual who opened the account or credit card.

In a recent NY Times article, Susan Stellin interviewed the editor of FrequentFlier.com and he said “What you often find is that the formal policy, as found in their terms and conditions, says that frequent flier miles cannot be given away through wills, but when you call the customer service center you find out that yes, in fact they will allow that,” said Tim Winship, editor of FrequentFlier.com. “What you get is two very different versions of what they will and won’t do.”

Some of the airlines that allow for a transfer upon death are American Airlines, US Airways, and Jetblue. American Airlines reportedly has a clear policy of allowing a beneficiary to transfer the miles to their own AAdvantage miles account. US Airways will allow for transfers of their Dividend Miles to a beneficiary as long as the request is made within one year of the original owner’s death. JetBlue has an informal policy that allows for a transfer of the miles to a beneficiary upon proof of death certificate and beneficiary status through a will or trust.

One of the airlines that does not allow for a transfer of your miles after death is surprisingly Southwest Airlines. Delta and United are less clear. Delta claims that they do not transfer their SkyMiles after death yet Susan Stellin reports that when she called Delta to inquire, the agent told her the miles were transferrable. A similar story rang true for United. The party line was that they do not transfer miles after death but an agent that Stellin interviewed over the phone told her otherwise. It appears that these airlines have exceptions to their rules.

Perhaps the best advice is to make a list of your frequent flier account numbers and passwords for your spouse and family. Make sure to have that list located with your estate planning documents (having your online social media and email accounts and passwords listed as well might not be a bad idea either). Even if your airline miles are with a credit card or airline that has an unclear policy regarding post-death transfers, it is probably wise to include verbiage in your will or trust designating who gets your miles.