Senate Passes its Version of the Tax Bill

Senate Passes its Version of the Tax Bill

How Will it Affect You if Signed into Law?

The Senate passed its version of the Tax Cuts and Jobs Act (TCJA) on December 2nd. The changes to the bill that the Senate made move the bill closer to the House counterpart bill for some provisions but further apart for others. The next step is for the bills to enter review with the Congressional conference committee.

Main Provisions of Senate Bill that May Affect You

For partnership and S Corporation income, the proposed pass through deduction is increased to 23 percent in the Senate’s version of the bill (up from the previous 17.4 percent), resulting in a maximum effective tax rate for qualifying pass-through income of 29.6 percent. The House’s proposed rate was 25 percent.

Another change in the Senate’s bill is to extend the proposed eligibility for capital asset expensing, to cover property placed in service before Jan. 1, 2027. During this additional period, the amount eligible for immediate write-off will phase out by 20 percent each year.

There are also changes to the individual income tax brackets:

The Senate bill changes the rates on taxable income to:

The final version of the Senate’s bill now also matches the House bill with respect to property tax deductions, by allowing individuals to deduct state and local property taxes up to $10,000.

The Senate bill would still let you claim a deduction for the interest you pay on mortgage debt up to $1 million. The House wants to cap the loan limit at $500,000 for new mortgages.

Additionally, the final version of the Senate’s bill allows elementary and high school expenses to be paid with funds from 529 educational plans. 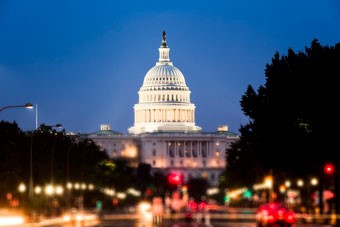 The next step is for the bill to go before a conference committee. The committee members, after their appointment, work to produce a conference report which is composed of amendments to resolve the differences between the two chambers’ bills.

Both the House and the Senate can act first on approving the conference report, which the Constitution requires to originate in the House. The House typically acts first on the report.

Once we have a final bill signed into law by the President, you may need to schedule an appointment with us to take a look at the provisions in your trust to ensure that you have the best tax advantaged provisions to protect your family. Stay tuned.