It’s been eight years since Michael Jackson died, but now the IRS is claiming that his name and likeness are worth more than originally reported. A Tax Court case that has been going on for over four years now has reached a head with the IRS claiming that the estate owes an additional $500 million in estate taxes and $200 million in penalties.

The executors of Jackson’s estate had claimed that the late pop singer’s name and likeness was only worth $2,105 because of all of the child abuse allegations Jackson faced and his strange behavior in public. The IRS on the other hand claims that his name and likeness is really closer to being worth $161 million, down from their original claim of its value at $434 million. 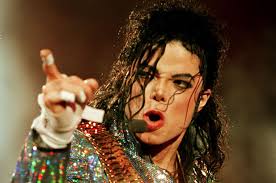 Apparently, Michael Jackson only earned $50 million during his entire lifetime for his name and likeness deals. “They are trying to take what Michael’s estate created for his children after death and extract and excessive and unreasonable tax” said one of the estate’s attorneys, Howard Weitzman. It seems that a lot of guessing is going on as to what Jackson would have made in the future from licensing deals related to his name and likeness.

Looking at the case from the outside, the two sides couldn’t be farther apart. In all fairness, the actual true value of the estate is likely somewhere between these two disparate figures. It will be an interesting case to study when it is finally resolved.