In 2014, Brittany Maynard made headlines for her decision to uproot her life in California and relocate to Oregon for the sole purpose of dying.  Brittany, a 29-year old newlywed was unexpectedly diagnosed with grade-4 astrocytoma, a terminal form of brain cancer.  The disease was rapid and aggressive; it would quickly subject Brittany to unrelenting pain, which was expected to increase in frequency and intensity as the disease progressed.  In a very short time, the disease would render her incapable of completing even the most basic day-to-day tasks.

The prognosis was grim and Brittany decided she wanted to die before the disease took her life.  At the time of her diagnosis, it was against the law for a California physician to provide passive assistance in aiding a patient’s death under California’s homicide statutes which made it a crime to assist in another’s suicide.  So Brittany and her family moved to Oregon in order to take advantage of that state’s “Right to Die Law” (the Death with Dignity Act of 1994).

On November 1, 2014, with her family by her side, Brittany self-administered a lethal dose of medication and peacefully exited this world.  She died how she wanted to - “on her own terms, on her own timeline, and with dignity.”

As of June 9, 2016, Californians in Brittany’s shoes would not have to move out of state in search of assistance in hastening their own death.  Under the newly enacted End of Life Option Act, a competent, terminally ill, adult patient, who is a resident of California, may request that their physician provide a prescription to end their life.

The statute defines terminal illness to mean “an incurable and irreversible disease that has been medically confirmed and will, within reasonable medical judgement, result in death within six months.”  The Act requires that a patient’s request for physician assisted death be made in writing and signed in front of two witnesses, and provides for additional documentation that must be completed no more than 48-hours prior to taking the prescribed medications.  The statute also outlines how lethal medication is disposed of if it goes ultimately unused.

The End of Life Options Act makes California one of only five states that allow physician-assisted death (Oregon, Washington, Vermont, and Montana have similar legislation).  However, California’s statute is in somewhat of a trial period and is set to expire in 2026 unless renewed by the legislature.  In the meantime, terminally ill Californians have been given end-of-life autonomy and now have the liberty to choose death over life if they want to when faced with a terminal illness.
Comments are closed.

Please fill out the quick contact form below for a fast and free case consultation. We will contact you within 24 hours! 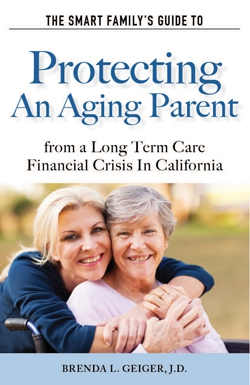